The Counseling Demonstration that Led to my Career Change 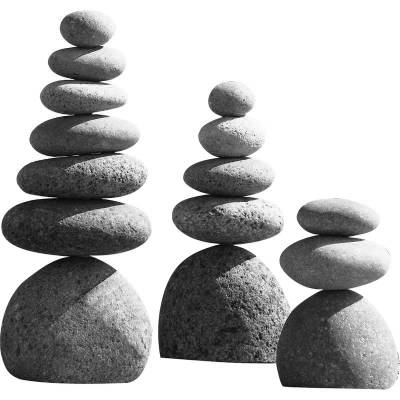 The audience listened with rapt attention as a couple came out onto the stage. Their three-year-old daughter, I will call her Katie, had learned how to be the boss in the family and was ruling their lives. The counseling the couple received was spectacular, successful, and contrary to any parenting advice I had ever encountered. I was mesmerized.

This first public family counseling demonstration that I observed in 1979 at the Adler Institute of Chicago was the impetus for my shift from teaching to counseling. Larry, a mature student at the Institute, invited me to attend this session with him. He was a neighbor of ours in Evanston, and he knew I was interested in psychology.

I watched, intrigued, as Bob Powers, a faculty member at the Institute, introduced his demonstration family to the audience. He cut an impressive figure, tall with white hair and an authoritative manner. Bob reviewed the purpose of the demonstration and thanked us for helping this family. At times during the demonstration we might be asked questions. The parents graciously volunteered to be the Focus Family, as an example from which we could learn.

Bob gently and skillfully asked the parents to describe their daughter’s behavior. (Katie was not present to hear what they said.) She basically ruled their lives with her misbehavior; climbing on furniture, running away from them, refusing to follow instructions and repeating her misbehavior no matter what they did. They had tried reasoning, time-out, and other normal parent responses to try to correct her misbehavior, to no avail. They could foresee that if things did not change they would be victims of her control for years to come. They also realized that this situation was not good for her either.

She basically ruled their lives with her misbehavior; climbing on furniture, running away from them, refusing to follow instructions and repeating her misbehavior no matter what they did.

Next, Bob asked the parents to bring Katie to him, and for them to withdraw. This little three-year old tyrant with curly hair and bright eyes looking all around came out from behind the curtains. She was seemingly unfazed by talking to this big man on a stage with dozens of people watching. Of course she was very cute, and we had to restrain ourselves from whispering to each other.

Bob Powers did not talk down to her. He sat at her level and asked her about life in her family. She responded well for a three-year old, with a clear voice and complete sentence. It was evident that she was self-assured for her age.

After she made it clear that she could pretty much do what she wanted at home, Katie was led away and the parents brought back onto the stage. Bob talked briefly about her responses.

He then enlisted support for the parents from the audience. “How many of you have had to deal with a young child who will not cooperate and just wants to do everything he or she wants to do?” Of course we all raised our hands. My own daughter, Leonie, was seventeen months when she started to say “no” and to walk away from me. That was when I read my first parenting book and took a class. I had naively thought that children just need love, food, and attention and they want to conform. I was shocked when Leonie said “no.”

The following was his advice to the parents, which I will never forget. He said: “For the next two weeks I want you to ignore all of Katie’s misbehavior, unless she is in danger of hurting herself or someone else. Do not look at her, run after her, or talk to her about her misbehavior. Instead, pay attention to every thing she does that is positive, and therefore helpful to the family.”

Then he added a caution: “Katie’s misbehavior will escalate at the start, because she is not getting the attention she is used to getting. Do not respond to that escalation. Keep your focus on the things she is doing that you need her to do. Please come back in two weeks to report on how things are going.”

Two weeks later Larry and I returned for the follow up demonstration, and it was as Bob had predicted. The misbehavior escalated at first and the parents had to force themselves not to respond. Sometime after the first week things began to turn around. Katie, needing their attention, and approval, started to do things that caused them to look at her, talk to her, and play with her. The parents had been helped to change their responses to Katie in a way that would benefit the whole family. The audience members, enthralled, were helped  at the same time, as they related the counseling recommendations to their own family situations.

Larry and I discussed the demonstration with great interest. One day, he loaned me the parenting book that would change my parenting techniques. It was called, Children, the Challenge by Rudolf Dreikurs. It was the basis for the counseling work at the Adler Institute. Dreikurs worked with Alfred Adler in Germany, and had an immense effect on parent education when he moved to the United States. The book made the most perfect sense to me. The combination of the counseling demonstration and that book led to my eagerness and readiness to a shift in my career path.

Thus in 1981, pregnant with my third child and living in Maryland, I chatted with a neighborhood friend, Mary. When she told me she planned to attend the Adler-Dreikurs Institute to get an M.A. in Counseling Psychology at Bowie State College, University of Maryland, I knew that was what I needed to do. After all, it was talking with children and understanding their thoughts and feelings that always appealed to me, far more than classroom management. I immediately enrolled.

In my first class I learned about a public school that was run with Adlerian principles. I met Phil, the principal, and his wife, Mollie. They created a public family-counseling center, where I volunteered as a focus family. Warren and I sat with our children next to the counselors in front of an audience, as in the Dreikurs model. We followed the recommendations and saw changes. Later, I attended and led parent study groups. Thus, the theory and practice of family counseling melded, and, in addition, I had two best friends for the rest of my life.