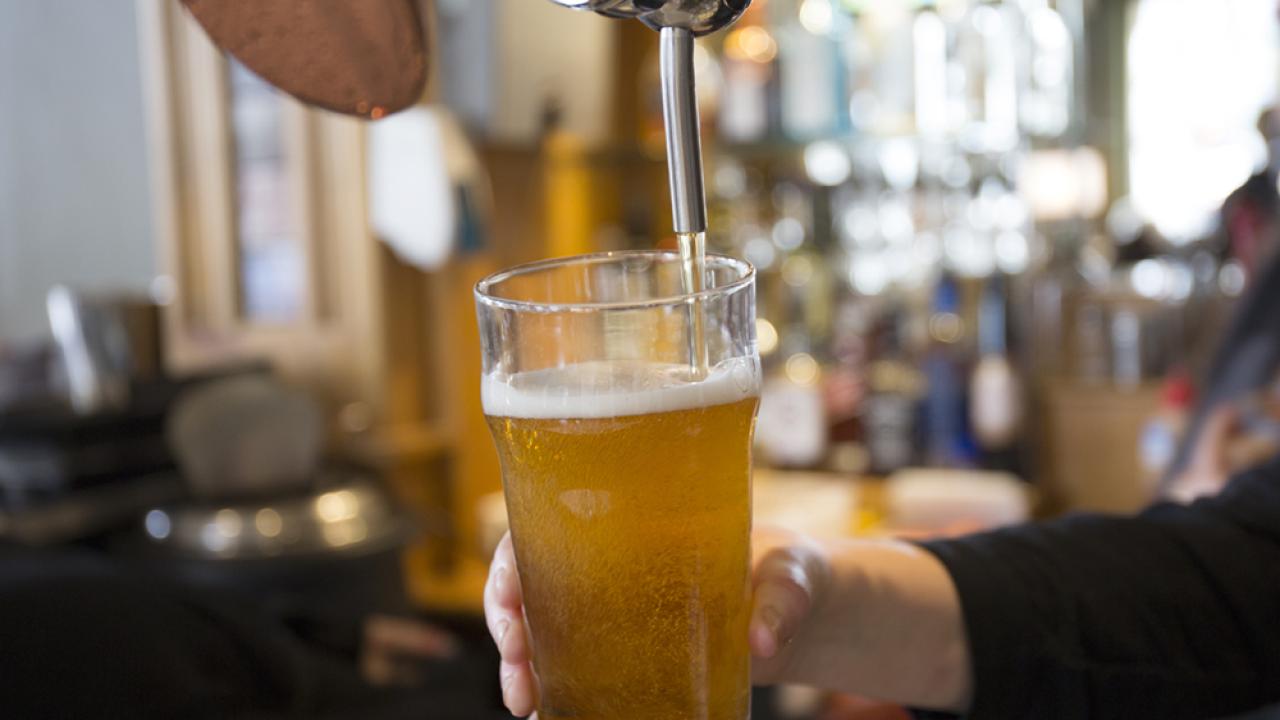 As a chemical engineering student in college, Samantha Olson turned to brewing as a creative outlet. In between long homework sets, she enjoyed balancing the science and art of brewing and found enough time to create something delicious. After college, she worked in research and development in agriculture, but the desire for a more creative outlet persisted and she decided to change careers and enter the brewing industry. Olson turned to UC Davis Continuing and Professional Education’s Master Brewers Certificate Program for formal training. Now, she is the head brewer at Mujeres Brew House—a Latina-owned, all female run brewery in San Diego, California.

“To this day, I enjoy the fact that brewing really is a balancing act between science and art. There are basic rules to be followed, but how you twist and bend within or outside of those rules is really what makes a beer special.”

Why did you decide to apply for the Master Brewers Certificate Program? Would you recommend the program to others?

I originally applied to the Master Brewers Certificate Program because I was in a work environment that was really competitive and all around not a very good fit for me. I also really wanted to be in the beer industry and had received a lot of ‘you’re not qualified for this position’ responses when applying to jobs, and decided I no longer wanted that to be an excuse for someone to offer me a job. The Master Brewers Program was the best way to differentiate myself from the crowd of people also looking to get into the beer industry. I would definitely recommend the program to others. It really took my brewing skill and knowledge to another level.

Tell me a bit about your career leading up to working at Mujeres and how you ultimately ended up there.

I’ve worked at three other small breweries and one cidery in San Diego throughout my eight-year career. I worked for a year at ChuckAlek Independent Brewers and then completed the Master Brewers Certificate Program. When I moved back to San Diego after completing the program, I became ChuckAlek’s head brewer. I started developing recipes for old world beer styles, and continued to be head brewer/cidermaker through the other companies.

I knew Esthela Davila and Carmen Velasco-Favela [founders/owners of Mujeres Brew House] for years and had led a few of the Mujeres Brew Club meetings with them. They really enjoyed the beers that I had been making throughout my career and asked me to come on board to brew and teach other women how to brew.

How do you approach recipe development at a female-centric brewery using ingredients from the Mexican culture?

I don’t really think that I’m creating beers for a female palette. Although we are a safe space for women to drink and learn about craft beer, we have just as many men walk through our doors to drink as well. Whenever I approach a recipe for a beer, I try to make sure that it is balanced and drinkable. There isn’t a reason for us to have a 100 IBU IPA on tap.

The one thing that has been challenging to balance within the beer is using Mexican ingredients—especially the ones I’ve never heard of before. I basically just go with the frame of mind that “slow and low wins the race”. I’d rather take an extra day or two working with a new ingredient and have the beer be exceptional, than overdo it the first time around and have no way to reduce the flavor.

This has made me be creative in adding the adjuncts to the beer and how to get the flavor to come through in the right way. Some ingredients need to be added during the boil, or even throughout the entire process, to get the flavor we are looking for.

You teach front-of-house staff how to brew beer. How did that come about and why is this important to you?

Whether it's online or in person, the Master Brewers Certificate Program can help you become an accomplished and professional practical brewer. Learn more.

I started teaching the front-of-house staff because they were all originally part of the Mujeres Brew Club and wanted to become more knowledgeable about the process. Seeing the process in action is a helpful tool to know whether or not you like this type of work. Making beer is fun, but sometimes it’s not as glamorous as everyone thinks. Some of the front-of-house staff still work with me. Others have gotten enough of a taste to know that brewing is not for them, but they can be involved in the industry in other ways.

More recently I have been training people from local brewing certificate programs. It can feel overwhelming translating what you’ve learned in a book to an actual activity. I give them a short-term internship, so they can feel confident and comfortable working in a production facility.

What advice do you have for underrepresented people who may not see themselves represented in the industry and are looking to break into it or move up?

My best advice is to create a support network and be choosy about the people you work with. This industry is challenging and tough, but also really fun. Standing out can be a good and a bad thing. People will remember you more. This can lead to opportunities, or it can lead to harassment. Having a good group of people around you to celebrate your highs and weather the storms is really important. In this social industry you are never alone and there is room for you to succeed.