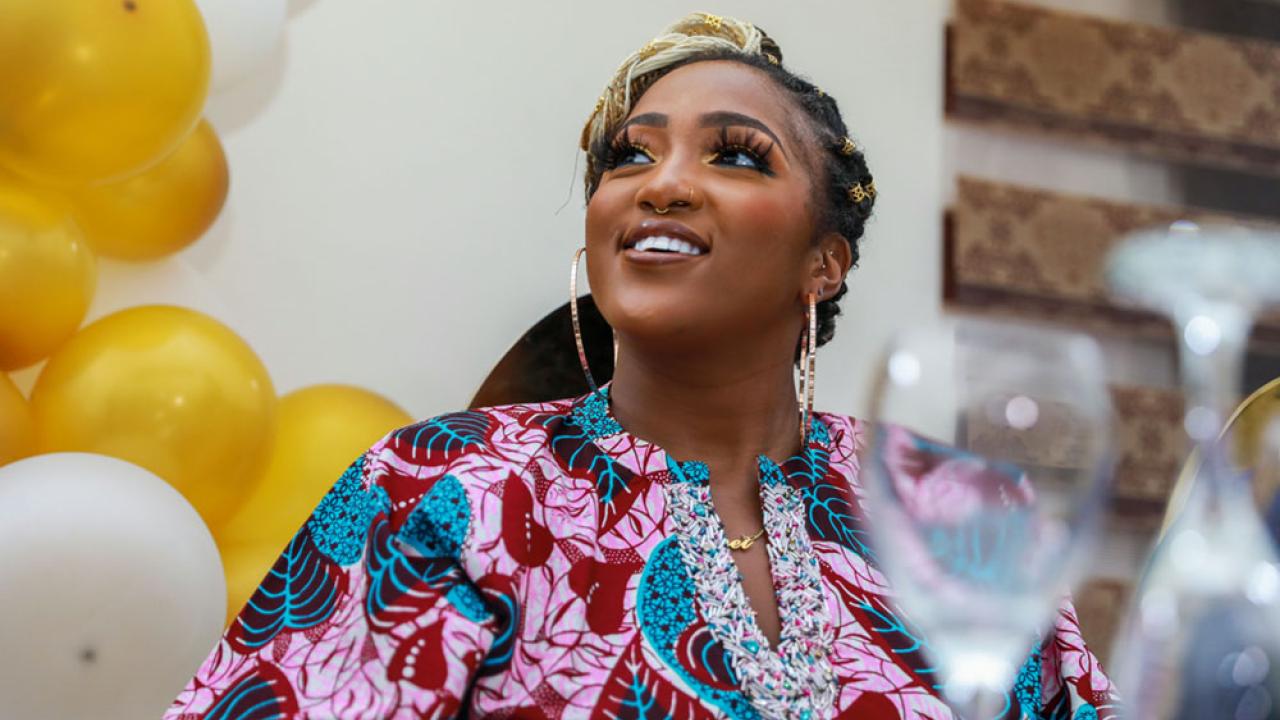 “I’m going to nursing school!” exclaims Victoria Odufuwa Nze, a recent graduate of the UC Davis Health Professions Post-Baccalaureate Program. Nze had just been accepted into the Family Nurse Practitioner Program by her top-choice school, Samuel Merritt University. Being a nurse is a dream Nze has had for years, and though it hasn’t come easily, she never lost sight of it.

“I struggled a lot in undergrad,” says Nze. “Coming out of high school, I just wasn’t as prepared academically for the rigorous

coursework of UC Davis, and I took on way too much.” During undergrad, she worked two jobs while trying do internships and volunteer, so she could boost her résumé with more than just good grades. But Nze admits that in the midst of it all, she got lost. “I just didn’t know how to balance all of it and be a student, especially as a science major.”

Just a little over a year ago we came in, these timid students, nervous about how we were going to perform, and now we are just soaring. It’s such a blessing.”

After graduating from UC Davis in 2016, she worked various jobs and had gotten so many rejections from health profession schools, she almost felt like giving up. But nursing was still on her heart. “I knew that if I wanted to get into nursing school, more would be required from me academically.” She applied to the UC Davis Health Professions Post-Bac Program. “I wanted to prove not just to the admissions boards, but also to myself, that Davis didn't conquer me. I can compare transcripts from the same school and know that it wasn't that the school got easier, I just got more disciplined,” says Nze.

Going into the program, Nze says her goal was to raise her science GPA. “I was just set on the numbers,” she says. But what she got out of the program was so much more than she had expected. “I came out of it believing in myself. It boosted my confidence, not just in academics, but in anything that I apply myself to,” she explains. “I'm grateful for the grades that I got, but the self-development is priceless—that's really what's going to drive me as I continue on into nursing school and a career.”

As Nze began the program, she quickly found value in the support and resources available to her. Whether they were the skill-building seminars, test-preparation, availability of the staff or the support of her cohort, she says she felt like everyone in the program was there for her. “I never felt alone or that I had to figure things out by myself. The program provided life jackets so you never felt like you were drowning. That’s so crucial,” says Nze.   She adds that being able to connect with other students who have the same drive not to give up on their passion was invaluable. “I just love the resilient people I met from so many different backgrounds and cultures,” says Nze. “This program brought more than just the academics. It really gave me tools for life and lifelong friends. I couldn’t have asked for a better support system.”

Nze is certain that her success in the TEAS and HESI nursing exams was due to the one-on-one meetings with test-prep specialist Doug McLemore, who helped her prioritize what and how to study. And she believes that another key to her achievement was the support and responsiveness of the professors. Through the post-bac program, she was encouraged to reach out to her professors to introduce herself and find out how to be a successful student in their classes. “I did that with every professor, and all of them responded with very tangible things,” she explains. “As post-bac students we had an advantage in terms of having the professors as a resource because they were more likely to make one-on-one time for us. That’s just one of the perks of the program—you make connections.”

“I would one hundred percent recommend the UC Davis Post-Bac,” shares Nze. “It provides a structure for you to be successful through the connections and network you make and the person you become when you come out of it.”

With an acceptance letter to nursing school, Nze is well on her way toward achieving her dream. “But it’s never just been about me and reaching my goals,” she says. “It’s always been about being able to help the next generation do better than I did.”

Learn more about the program

Register today for a free information session to learn more about the Health Professions Post-Baccalaureate Program, hear from program staff and get your questions answered.

She hopes to someday be a mentor to black women who want to be nurses. “We need the visibility—to see that there are black nurses out there. I didn’t have that in undergrad, and I feel like if I had someone to take me under their wing and help me along the way, I probably would have had a more successful experience.”

During the program, Nze was encouraged to network with people outside of UC Davis and has since connected with the Capitol City Black Nurses Association in Sacramento. “I have met with so many black nurses and the amount of support I’ve gotten from them is amazing,” she says. “I’m grateful for the people who have been in my corner, and one day I want to help somebody and let them know that they can do it too.”