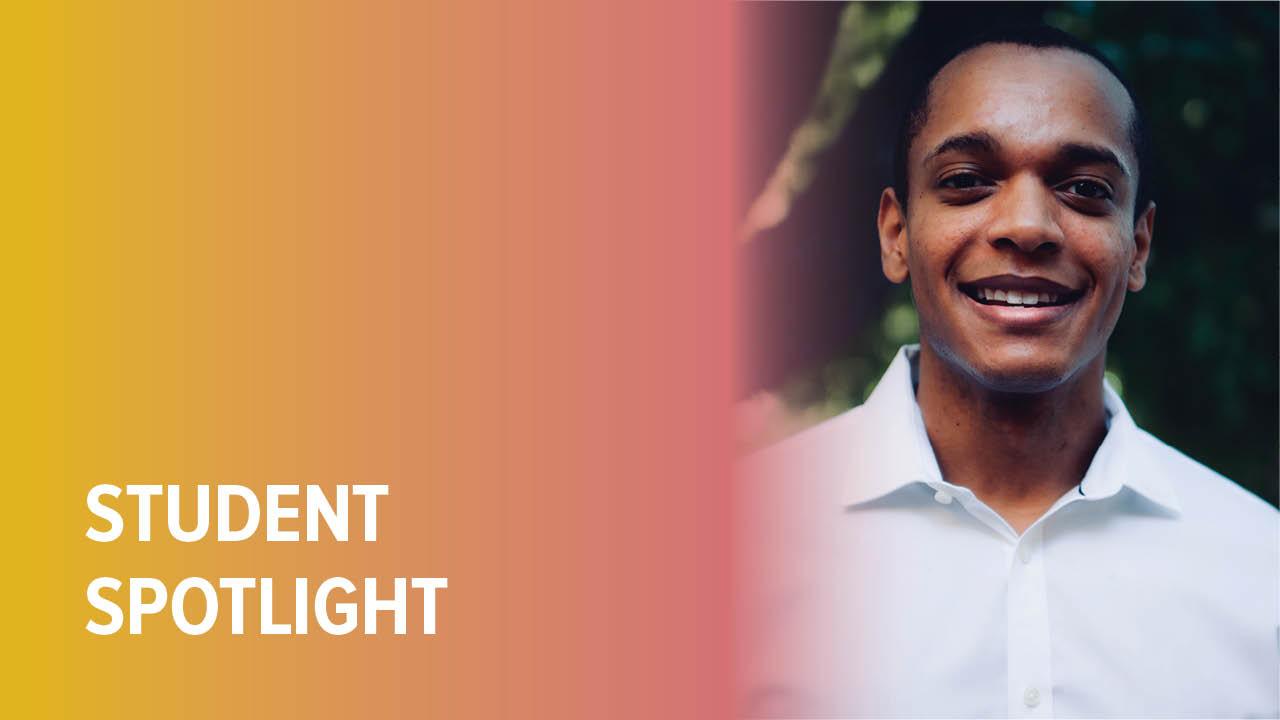 As a newly appointed human resources coordinator at Bain & Company in San Francisco, Noah Williams is a fresh face in the HR world. After graduating from Cal State Northridge in 2018, he worked in recruiting until he was advised by a career coach that his strong interpersonal skills would make him a good fit for HR. Williams began UC Davis Continuing and Professional Education’s Human Resource Management Certificate Program in 2020 to open the door for a new career path.

“I had two main goals when I began the certificate program: to build a solid foundation of general HR principles and put my certificate to use as quickly as possible in finding new employment within the field,” Williams said. Not only did he accomplish both of his goals, but he did it even before completing the program. “I was halfway through the program when I got the current job I'm in now,” said Williams, who believes that participating in the certificate program helped give him a leg up when going through the interview process. “I really think it showed them that I was serious about HR.”

“I truly believe this program has played a huge role in getting me to where I'm at today working as an HR coordinator.”

Aside from unlocking career avenues, Williams has been able to apply the knowledge he gained in the program to his job. Learning about concepts during the program made assignments that might normally stump a novice HR professional easier to navigate once he began his HR coordinator role. “I already knew the process before having to do those tasks in my job, just because of the program.”

Williams says that the most valuable part of the program was interacting with the fellow students. “I was a beginner, and I really didn't know much about the field at all,” he said. “I had a lot of classmates who were in the same boat, but I also had classmates who have been working in HR for years and were able to add their perspectives, so there were a lot of insightful questions that were asked from different points of view.” Williams recalls that the variety of experience that students brought to the table also made a positive impact outside the classroom. "It's a great way to network. I made a lot of friends who I still keep in touch with, and it's always nice to surround yourself with people that have similar goals professionally and have different perspectives on how to achieve those goals.”

Most importantly, Williams has gained a newfound confidence and self-assurance from the program. “I learned that I'm capable of setting up professional goals for myself and achieving them,” he says. “Being young in my career, this is my first time doing that, and seeing it play out positively is giving me the confidence to strive for more accomplishments moving forward.”

“This wouldn't have been possible without giving myself that extra nudge and allowing others to push me through the course as well.”

Contact our enrollment coach Kristy Craig. She can work with you one-on-one to answer your questions and find the right courses to fit your schedule and goals.

After reaping the rewards of this certificate program, Williams has a positive outlook on the potential of programs like this one. “I definitely recommend this program. The instructors are truly dedicated to the field they're in, whether it's employment law benefits and compensation or talent management. They're so knowledgeable and are able to dictate a pace that is easy to follow when some of the concepts are quite challenging.”

Williams urges prospective students interested in HR-related fields to take professional development classes to strengthen relevant skills and gain a solid understanding of human resources. "It can be difficult to take classes after work, but it is also extremely rewarding and fulfilling on a personal and professional level,” said Williams.  “I would encourage anyone who enjoys the ‘people aspect’ of work to look into HR, because you can truly make a positive difference in people's work environment and enjoyment.”

Watch the video below to hear more from Noah Williams.